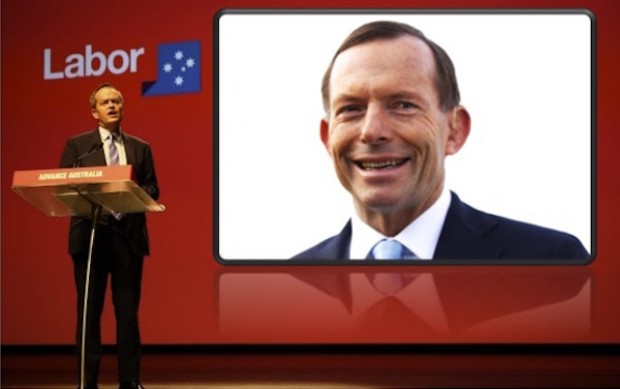 Opposition Leader Bill Shorten today unveiled the key policy platform that he believes can lead Labor to victory at the upcoming election.

At a packed conference for party faithful, Mr Shorten built anticipation to fever pitch before pulling back a curtain to reveal former Prime Minister Tony Abbott. Struggling to be heard over clapping and cheering, Mr Shorten declared, “This is the man who can lead us to victory in 2016!”.

As chants of ‘Tony, Tony’ filled the room, the Opposition Leader said Mr Abbott had so much to offer his electorate, his country, and the Labor Party. “He has the rare ability to bind everyone together in agreement. I want to have a Tony Abbott on every TV screen, on every newspaper, in every electorate in the country!”

One Labor back-bencher at the conference said he had absolute trust in Mr Abbott. “A few months ago I looked like I was going to lose my seat. But with Abbott on the team, I actually think we can win this thing,”.