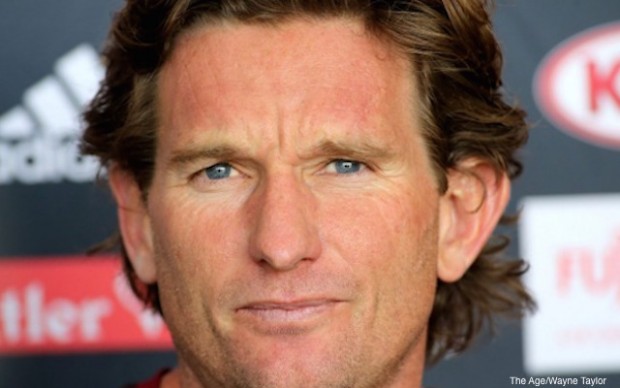 Unhindered by contractual obligations or court proceedings, James Hird speaks exclusively to The Shovel about what really happened during Essendon’s disastrous 2012 season.

“Of all of the questions asked by fans in response to Tuesday’s shocking and unfair decision by the Court of Arbitration for Sport, one stands out: Were you actually coach of Essendon during the 2012 and 2013 seasons?

Today is my first chance to publicly answer this question, unconstrained by the contractual obligations a coach must observe and free of pressure applied by the AFL. I can finally offer a more detailed explanation to 34 young men and their families. Players who absolutely do not deserve this fate.

To put it simply, when I was offered the job of Head Coach at Essendon in September 2010, I didn’t take the job. At least not in any real sense. Sure, I was around the club a bit. I headed press conferences after most/all games. And I took full credit for wins, when we had them. But it’s a leap to say I was in any way in charge of the playing group.

I also demanded loyalty – total fucking unquestioning loyalty. And in return I promised to get to know each and every one of the players personally, to find out what made them tick, what they wanted to achieve, what motivated them to be great players.

So as you can see, I was pretty hands-off.

In 2012 I hired Dean Robinson, and in turn Stephen Dank. I don’t intend to go through every detail of every interaction I had with them, lest I inadvertently give away useful information that sheds light on what actually took place that year.

But what I can say is that it was the club’s Sliding Doors moment. I’m not sure if you’ve seen Sliding Doors? Basically it’s about how Gwyneth Paltrow misses a train, setting off two parallel realities, one where she catches her husband having an affair, the other where she doesn’t. In our case we set up a program to inject 34 players with human growth hormone. The similarities are undeniable.

(How different Essendon’s 2013-15 seasons would have been had that selfish arsehole on the train held the door open for a few more seconds when I was trying to get back to Toorak one night after work. We can only dream).

So as it’s pretty plain to see, I wasn’t really coaching at Essendon in 2012. I ran the odd handball drill, offered a tip here and there about tanning. But that was it. Dean Robinson was in charge of our football club. And as a guy with an impeccable background as a rodeo performer, that made sense.

I circulated the Essendon organisational structure today just to clear up any misunderstandings about reporting lines. But really, there shouldn’t be any surprises. As Head Coach I reported to Thomas Bellchambers.

So, in summary, who was really responsible for the injection program that led to 34 players getting suspended for a season? Quite simply, everyone else. The staff, the media, the AFL, and to some extent – let’s be totally honest here – you.

But was I in any way responsible, even in some small way? To believe that, you’d also have to believe that I had some kind of senior role, or at least some level of influence at the Essendon Football Club. And that is the stuff of conspiracy theories”.