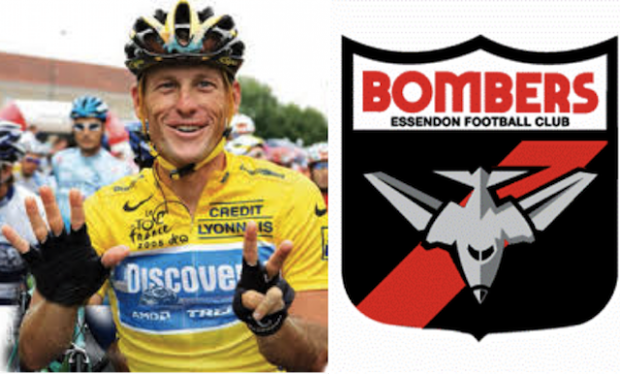 “They’ve done all the right things. Sourced the drugs, injected the drugs, destroyed the evidence. So they’re off to a great start. Now it’s just that last little step that they seem to have overlooked – being better than other teams,” he said.

He said former coach James Hird’s claims that the club had ‘done nothing wrong’ were misguided. “Of course they’ve done something wrong. They took performance enhancing drugs but forgot to enhance their performance! Amateurs”.

New Essendon Chairman Lindsay Tanner thanked Armstrong for his offer but said the club wasn’t in the business of associating with dodgy characters.