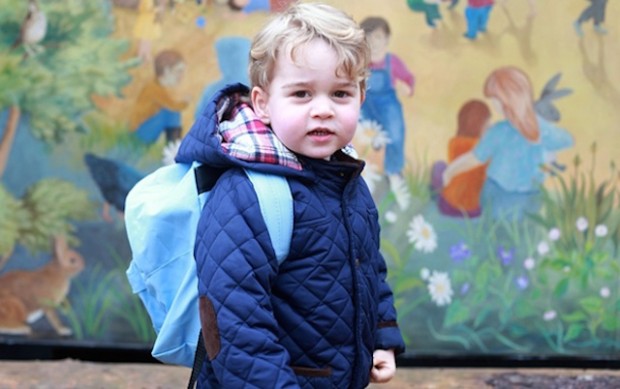 Nursery staff say little George was anxious when he first arrived, but quickly settled once he was handed the large building blocks. “We just let the children do what they’re most comfortable with,” one staff member said.

The castle has a moat, four turrets, and servant’s quarters. Construction was temporarily suspended to do poos.

Staff say tomorrow’s activities will involve learning how to use scissors to cut ribbons.