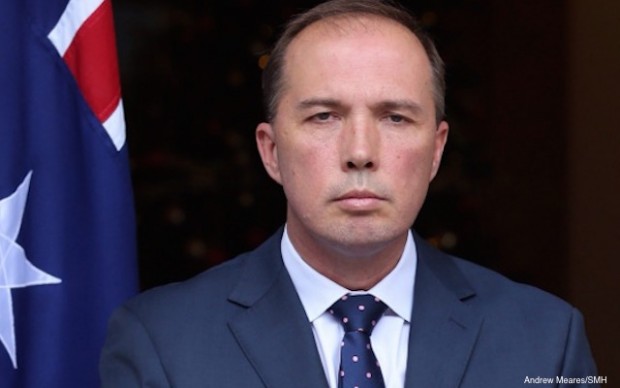 Immigration Minister Peter Dutton has accidentally sent the number 25 to a journalist. He had intended to send it to himself for safekeeping.

The journalist in question, who did not wish to be named, said it was offensive to see a Government Minister’s IQ in your inbox. “It’s pretty ugly,” she said this morning.

Mr Dutton said he often forgot his IQ, and wanted to have it at hand to quote in cabinet and departmental meetings. “I always get the five and the two mixed up. So sometimes I think it’s 52!” he laughed.

The mishap echoes a similar incident in 2008 when then Prime Minister Kevin Rudd purposely leaked his IQ to journalists. He later said he was disappointed there were not enough characters available in an SMS.