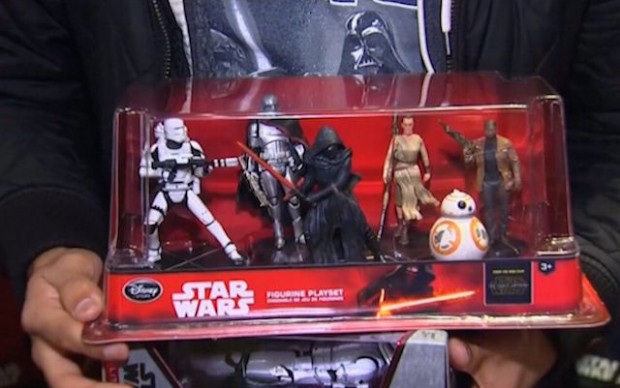 There was confusion in the Walsh household today after a Star Wars Figurine Playset was wrapped under the Christmas tree without a name tag.

“It could be for Jack – he just loves lining up all his toys and playing make believe. But then so does my four year-old,” mother Vivian Walsh said today.

In the end Mrs Walsh decided to split the figurine set in half. “There were lots of tears, eventually Jack agreed to the decision”.