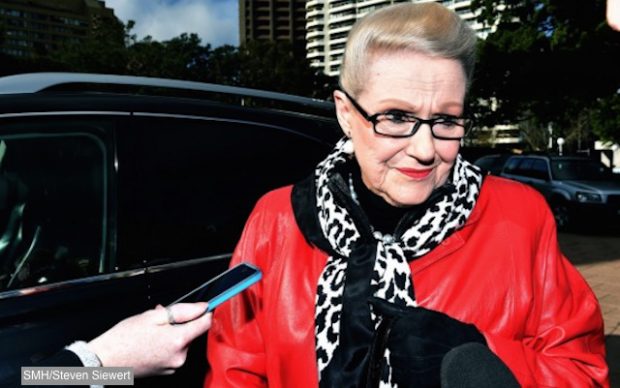 The effect was almost immediate. On Wednesday afternoon former Speaker Bronwyn Bishop announced she would contest her seat again in order to fight terrorism. By nightfall, a dozen ISIS operatives had gone to ground.

ASIO intelligence agents said ‘chatter’ on tapped phone lines had died to nothing; operations months in the planning, quickly scrapped. The Islamic extremist organisation knew they had met their match.

After all, the Member for Mackellar has an imposing record. Since she won office in 1998 there hasn’t been a single terrorist attack in her electorate.

One counter-terrorism expert said that while the 73 year-old hadn’t expressly stated how she would fight terrorism, she didn’t need to. “It’s implied. She’s got millions of tax-payer dollars and a fleet of helicopters behind her. I wouldn’t be messing with her either”.