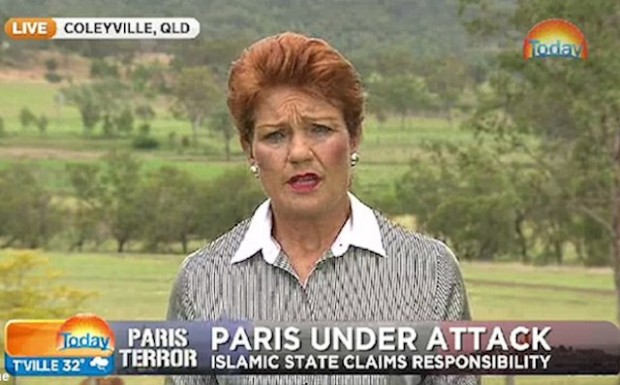 Another racist tirade has been captured on camera, this time by a Channel 9 employee who happened to be in the area.

The elderly woman, who is known to police, was seen shouting abuse at Muslims in the area before the quick-thinking Channel 9 employee starting filming on his camera, while others looked on.

It follows several similar outbursts caught by ‘citizen journalists’ on public transport and in other public areas.

A police spokesperson said more and more people were helping expose racism and other anti-social behaviour in the community. “These days everyone has a smartphone or broadcast-quality professional television camera equipment on them, so it’s not surprising that this kind of thing is being captured more and more”.

The footage of the incident has since been viewed thousands of times on YouTube and was even shown on a Channel 9 morning program.

The woman has described herself as an aspiring politician and anti-terrorism expert.