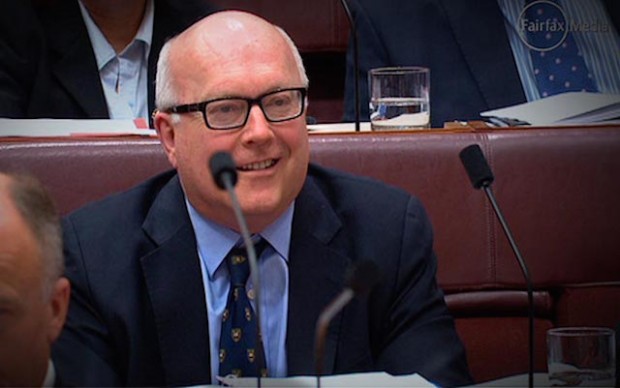 Attorney General George Brandis says he doesn’t know what bigot means, but quite likes the way it sounds.

He said everyone should have the right to say bigot. “Try it yourself. Bigot. Big. Got. So lovely”.

Mr Brandis was this evening spotted in the halls of Parliament House loudly singing the word bigot to the tune of God Save the Queen.