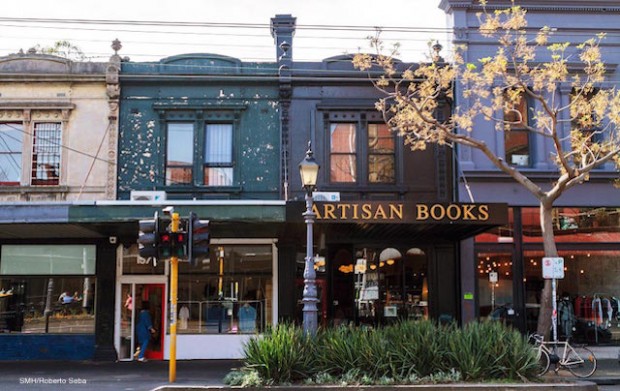 A range of new Paleo public toilets will be installed in Melbourne’s inner north, allowing devotees to relieve themselves just as our ancestors did.

The specially cordoned off areas on Gertrude Street will provide a tasteful place for Paleo followers to defecate directly onto the footpath, letting nature do the clean up job.

“A Paleo toilet removes all the unnecessary additives that have crept into the way we relieve ourselves these days – like toilet bowls, sewage systems, and paper,” Paleo advocate Jennifer McCarthy said. “This is how we were meant to do it”.

She said it was about much more than convenience. “It’s part of an approach to living that optimises your physical and emotional wellbeing. It’s about finding the best version of you. Which of course could well be smeared on a footpath, once nature calls”.

Convert Tom Hastey said public Paleo toilets were long overdue. “Eating a meal of carefully-prepared meats and vegetables, and then walking off to do a crap on the ground is how early humans did it. So should we”.

A spokesperson for the City of Yarra Council said it was important to cater for changing community needs. “People are crying out for this, and there’s a wider cost benefit too. They [the Paleo toilets] are cheaper than traditional toilet blocks. There’s no need for expensive piping, or basins, or doors,” he said.

The first toilets will be installed in early December.