CLOSE
The Nation
“Peter Garrett Is Wrong. We Are Not A Megalomaniac” Rudd Says 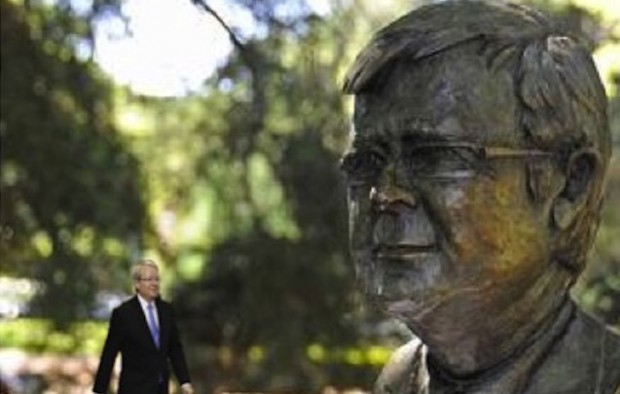 Kevin Rudd today emerged from behind a giant Kevin Rudd statue to refute claims by former minister Peter Garrett that he is power-obsessed and unpredictable. “That is absurd. We are just one of the people,” he said.

“We need to stand tall – in your case 40 metres tall,” he told the statue/personal advisor, one of many in the Rudd collection.

He later told a reporter during a quick forty-minute speech that he was not concerned with power. “I’m not fussed with power; I can take it or leave it,” he said, adding, “By that I mean I take it, then leave it to you to thank me for taking it”.