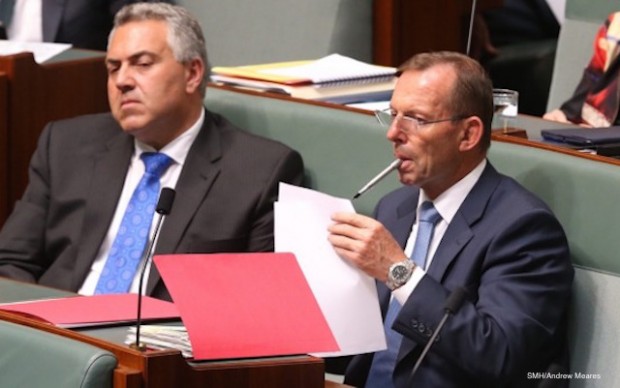 Political heavyweights Tony Abbott and Joe Hockey had their heads in paperwork during question time today, making some final tweaks to the 2014 Budget, which they hope to pass through the Senate this side of 2017.

Mr Hockey said it was good to have the dream team back together again. “We’ve got a little more time on our hands now, so we’ll have a chance to really flesh out some of the policies in there”.

He said there would be lots of little surprises in there for budget aficionados. “I think people are going to love the updated version,” he said, before reassuring the public that old favourites had not been scrapped.

Asked if he thought people might find the thought of two backbenchers releasing a budget unexpected, Mr Hockey said, “Well, no-one expected this budget when we first delivered it, so let’s not worry about that”.