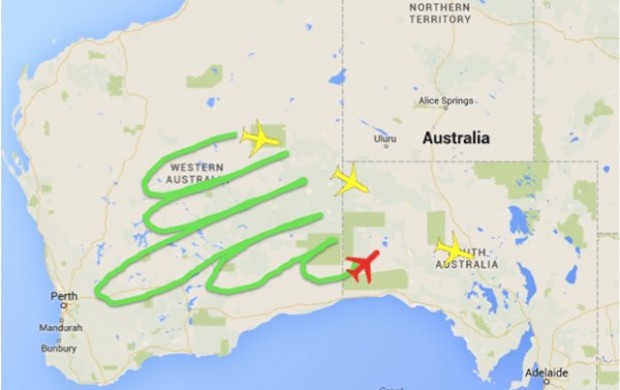 Virgin took to the skies over the weekend to fly around Western Australia in the shape of a giant middle finger, all in celebration of its $2,500 fares from Perth to Melbourne for the AFL Grand Final.

“Yesterday we created the largest middle finger in AFL history, ‘drawing’ a 350km outline over Perth and surrounding areas,” the airline posted on its Facebook account, along with a picture of the route.

A spokesperson said the airline had considered using the aircraft to fly more fans to Melbourne, and potentially lower the cost of airfares, but decided a giant offensive gesture was more fun.

Virgin will this week fly in the shape of a giant tree in order to offset the carbon emissions it created from the stunt.