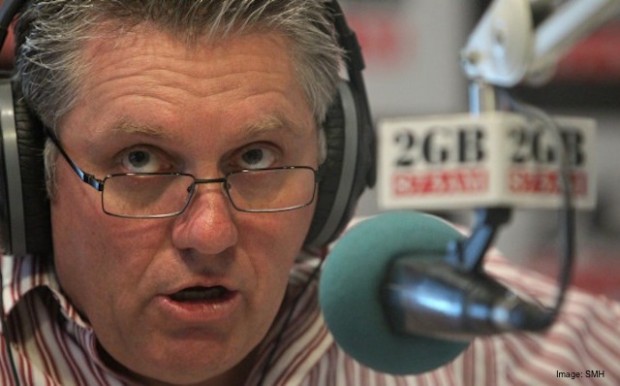 In a heated interview this afternoon, controversial 2GB radio host Ray Hadley grilled new PM Malcolm Turnbull about how he came to power, asking him to confirm his version of events by swearing on a copy of ‘Prestige Homes Of Point Piper: A Definitive Guide For Discerning Buyers’.

But Turnbull hit back, saying it was offensive to bring his faith into a discussion about politics.

Earlier, Hadley suggested Turnbull had been planning Monday’s coup behind Tony Abbott’s back for months, a claim which the new PM denied.

“If you look down to your right hand side of the studio there’s a book there,” Hadley said.

“Do you want to put your right hand on it and swear that what you’ve told listeners is true?” Hadley asked, adding, “It would make it a lot easier for people to believe you”.

But Mr Turnbull declined, saying “I don’t have to swear on this collection of beautifully-appointed luxury homes, mate. I find that offensive”.

Hadley left the conversation there.