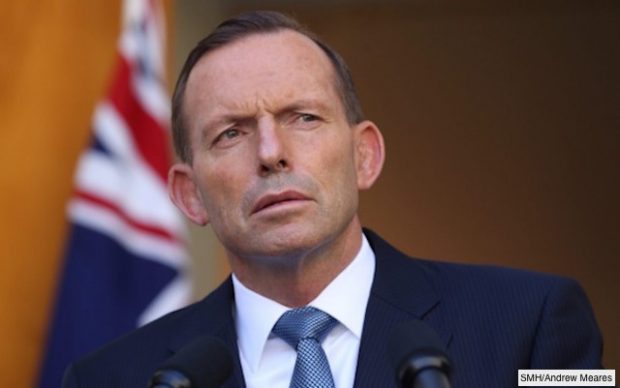 Saying it was ‘harmless’ and that ‘we should just let him have his fun’, members of the Coalition front bench have agreed to let Tony Abbott keep on thinking that he is running Australia for now.

“He’s been looking forward to this all of his life, so it won’t hurt anybody to let him pretend for a few more months,” said one front bencher.

One Parliamentary staffer said it was cute watching Mr Abbott play make believe. “It is quite adorable really. Seeing him run around, playing with his terror alert metre, telling everyone what to do. We just go along with it and say ‘Yes Prime Minister!’ We’ve even set up his own little office with some Australian flags. It’s all quite harmless really”.

“I have no qualms with it,” said another staffer. “Peta, bless her, still gives Tony his daily briefing. I think some of the guys even set up a mock cabinet meeting the other day for Tony to run. It’s harmless”.

When contacted for comment Mr Abbott said simply, “The adults are in charge now!”