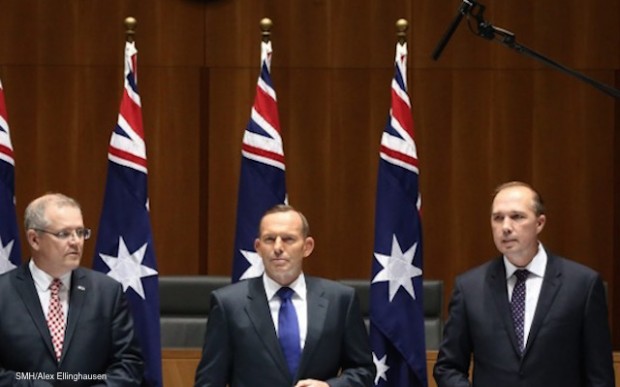 Immigration Minister Peter Dutton says the boom mic that attended his press conference on Friday should “do the right thing” and apologise.

Mr Dutton said he was disappointed with the fallout resulting from the boom mic’s actions. “If anyone was offended by what I said, then you know who to blame,” he said, gesturing to the boom mic above his head.

Mr Dutton said the audio from the boom mic wasn’t just offensive, it distracted from what was a very positive Government announcement. “It is very difficult to get a consistent message across when you have inconsiderate, insensitive audio devices, like this boom mic, choosing to pick up and then broadcast my natural disaster jokes”.

Prime Minister Tony Abbott backed Mr Dutton, questioning whose side the boom mic was on. “We’ve stopped the boats, but I don’t hear boom mic saying anything about that,” he said.

The boom mic – who was also at today’s press conference – is yet to make an official statement.