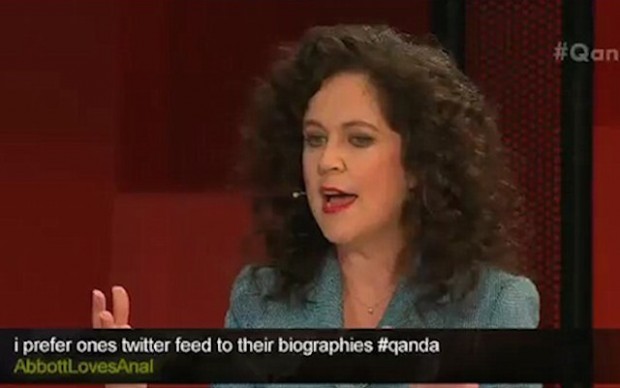 A furious Tony Abbott has told the ABC he will personally turn off its Twitter at the wall if the national broadcaster doesn’t bring its flagship show Q&A into line.

The demand comes following last night’s show during which a tweet by @AbbottLovesAnal briefly appeared on screen.

“Either you turn it off, or I’ll do it for you,” Mr Abbott is believed to have told ABC staff. The PM was also concerned about the cost producing so many tweets. “I’m told Q&A now produces 40,000 tweets per episode. Someone has to pay for that – we need to draw the line somewhere”.

After a terse phone call from Communications Minister Malcolm Turnbull, the ABC has agreed to remove the offending tweet from repeats of the episode, to ensure those who watched the live broadcast are the only people to see the tweet.

“I think through our swift actions we’ve managed to stop this from growing further,” a Government spokesperson said.