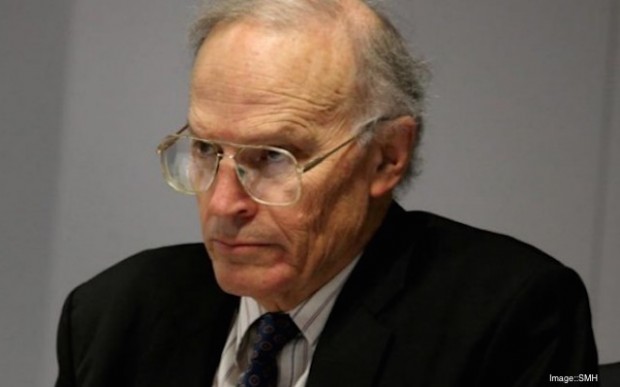 The head of the Royal Commission into trade unions, Dyson Heydon, says he initially did not realise the Commission was a Liberal Party event.

“When I first agreed to head up the hearing, I thought it was just a regular Royal Commission. I didn’t see the Liberal Party logo at the bottom of the flyer,” Mr Heydon said today.

In a statement later, Mr Heydon said he “overlooked the connection between the person or persons organising the event and the Liberal Party of Australia”.

It is as yet unclear whether Mr Heydon will pull out of the event.