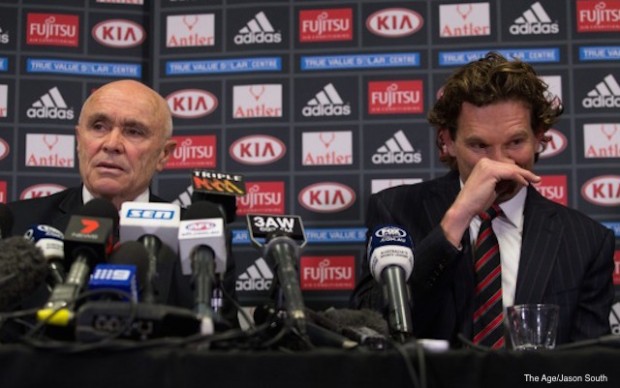 The man who oversaw teenagers being injected with unknown substances has been sacked, after overseeing a shocking 112-point loss on Saturday.

“What has taken place at this footy club is simply not acceptable. It’s dangerous for the players’ health, it brings the competition into disrepute, and it sets a terrible example to the wider community. That’s why we’ve taken urgent steps to make sure we never get thumped by twenty goals again,” a spokesperson for the Essendon Football Club said this afternoon.

He said the long-term effect Saturday’s loss would have on the players is unknown. “We started monitoring players as soon as the final siren sounded on Saturday, and we’ll continue to monitor them going forward. At this stage we don’t know how a loss like this will affect them. Rest assured our players’ health is our number one concern”.

James Hird said he took full responsibility for what had occurred at the club. “When players get exposed to something like this, a 100+ point drubbing, the coach has to take the rap”.