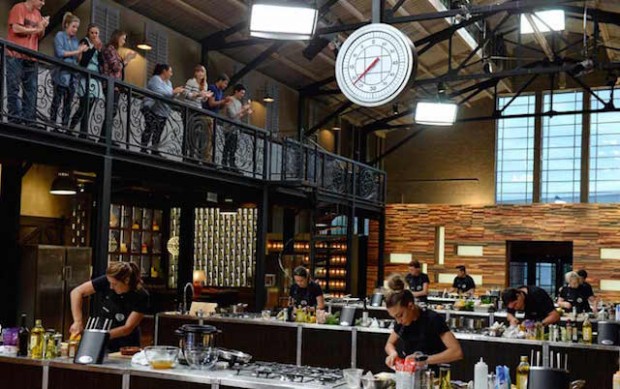 The majority of Australians spend their evenings competing on a televised cooking program, new figures have revealed.

Demographer Caroline Netherby said the average person now spends 4.5 weeks a year on a TV cooking show, with nearly 80% of the population preparing food for the cameras on any given weeknight. “Most of those remaining spend the night at home, watching the cooking show,” she said.

One network executive said it was becoming harder for new cooking shows to achieve the sky-high ratings of years past. “People aren’t sitting in front of their TVs as much as they used to be. Most of them are preparing for a mystery box challenge”.

Social researcher Gabby Henderson said the way we cook at home had changed as a result. “Most people now describe out loud how they are cooking something, while they are cooking it, which is a great new development”.