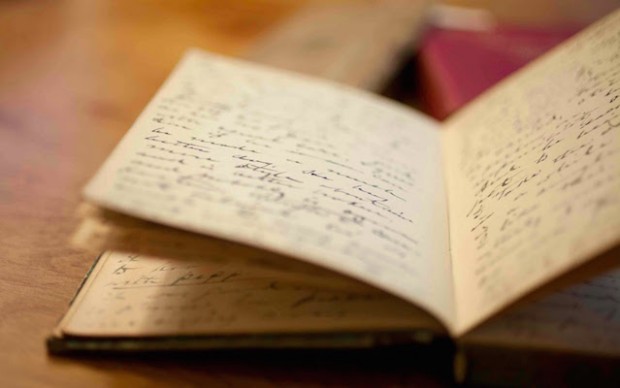 Forget The Killing Season, we’ve got our hands on Kevin Rudd’s personal diaries. Here’s what really happened when Rudd first challenged Julia Gillard for the Prime Ministership in 2012.

4am: It’s now been 607 days since I was viciously stabbed in the back by Julia Gillard; 608 if you take into account the time difference between the US and Australia. Or about that anyway. I don’t spend a lot of time thinking about it. I’ve got more important things to do. Like this G20 meeting in Washington today.

But there is one overriding question for my colleagues right now – who is best placed to go and get me breakfast this morning? I choose Philip, my chief of staff. “The usual – three pieces of toast, lightly browned with a smattering of Vegemite” I shout to the next room. I think I might’ve woken him up.

“What if they don’t have Vegemite?” he yawns.

“Tell them to find it or I’ll sever diplomatic ties with the US”. He thinks I’m joking.

5:30am Word comes in that Simon Crean has bagged me again on national television. Clearly he’s angling for the leadership. If Crean reckons he’s got a chance of winning next year’s election just because his name rhymes with 2013, he’s dreaming. Elections are way more sophisticated than that.

Not that I’m interested in all this leadership speculation. The truth is, I just want my Vegemite on toast. I send the new intern to go check on how Philip is going with said toast.

5pm The G20 meetings go without incident. In fact, for someone who’s run a foreign office and a country before, these things can be a bit simple. Which is why I wrote a children’s book during the coffee break. I think I’ll start learning a new language during tomorrow’s sessions. I ask Kate, my deputy chief of staff to get me a language textbook, her choice.

6:02pm A journalist asks if I’m going to run for the leadership and whether I’ll change my leadership style. “Fair dinkum, I’m happy as Foreign Minister so I’m not getting caught up in all this murky business” I say. “But, on the hypothetical question of my leadership style, have I learnt a thing or two? Have I changed? Of course I have. Just ask my staff”.

“Still working on it boss” he says.

For F*ck’s sake! Like I used to say when I was PM the first time around, ‘if you want something done properly, do it yourself’. I get out the tube of Vegemite that I keep in my briefcase and order ahead for three pieces of lightly browned toast from the hotel.

6:21pm In the lobby I run into another journalist who asks again whether I want to be PM. This is getting silly. Of course I want to be PM. I think I’ll take back the leadership next week just so they stop asking about it. I’ll resign as Foreign Minister tonight, after I finish the Tolstoy book I’m reading.

12:00 midnight I get the new intern to call the press conference. Apparently a lot of the journalists complain about the timing. What’s wrong with 1:00am? Sure, I usually don’t get up until 2am (1:30am if it’s a weekday) so it’s a bit early for me too. Deal with it.

12:45am On the way to the press conference, Philip frantically runs up to me. “We’ve found a jar of Vegemite” he says. “Got it taxied over from a specialist food store in New York”.

“Oh that”. I say. “Don’t need it anymore. I’ve got more important things to do. Send it back”. He looks despondent. Jeez, It’s just a jar of Vegemite!

1:20am The press conference goes without a hitch. I actually wrote the speech during a cabinet meeting last year, so I pretty much know it off by heart now. All I had to do was make sure I looked solemn and serious and avoid making that funny half laugh/half smile expression I sometimes make. No problems there.

5pm: Ambassador Beazley accompanies me on the way to the airport. “Any tips on leadership spills?” I say to break the ice. There’s an awkward silence. Still a bit raw I guess.

Thursday 23rd February, in the air en route to Brisbane

Turns out I’m learning Catalan on the plane home, a language of the north-East region of Spain. Niche, but there you go. Should keep me busy until Singapore at least.

6:49am After stocking up on some duty free booze I’m confronted in airport arrivals by a huge media pack. Who told them! Still, I’m good enough to indulge them with an off-the-cuff sixteen minute speech about me.

8:00am Now I’m home I need to spend some time seeking counsel from family and colleagues on what to do next. “You’d be of the opinion that I’d be absolutely mad not to run for PM again wouldn’t you?” I say to Therese, nodding. I’m pretty sure she says yes. Good, that’s that done.

12:30pm Jessica – back from China – spends the morning sleeping to get over her jetlag. I play a game of chess against myself. Each to their own.

1:39pm Fourth press conference in 48 hours. I’ll have to improve on that frequency if I’m to get this country running properly again, but hey, I’m a little out of practice.

I announce that I’ll be running for PM, throw in a few references to working families and even weave in a quote from that bogan movie The Castle that a media advisor made me sit through once. Then there’s more bloody questions from journalists about whether I’ve been briefing journalists behind Julia’s back. Well, they’re journalists, they should know shouldn’t they? D*ckheads.

7am Philip calls me to say that the opinion polls are in and that the people still love me etc etc. “Yeah, yeah, but this is not a popularity contest” I say in Catalan.

7:03am I text the new intern to see if we can’t get Queen Street Mall cordoned off and a stage set up for my appearance there this afternoon.

12:20pm: Anthony Albanese holds a press conference to say how much he loves me and the Labor party. There isn’t a dry eye in the Rudd household. Not because of anything Albo said; Jessica’s whipped up a Sichuan hotpot dish that she learnt in China. Spicy!

2pm: Therese and I go to Queen Street to do a spot of shopping and, out of the blue, we’re mobbed by my fans! Some nerdy kid asks me if he thinks I could solve the European debt crisis too. Jeez, I’m good, but I’m not that good. Well, maybe I am. But you know what I mean.

6am: We settle down to a family game of Scrabble. Therese once again disallows Mandarin words, which is hardly fair on me. Still, I manage to go out on ‘Quetzal’ (the basic monetary unit of Guatemala). Quite good, even for me.

9:25am: Laurie Oaks asks me if I ever called Gillard a childless, atheist, former Communist. What nonsense. Everyone knows Gillard’s still a Communist.

The ballot count is read out and I do that strange half laugh/half smile expression. F*ck.

I knew I wouldn’t win of course, I was just doing this to give some clear space to my good friend Anna Bligh. Therese calls me to say she is disappointed about the ballot. “When’s the ballet?” I say, cleverly pretending not to know what she meant.

“The leadership ballot” she says.

“Oh that,” I say, “I wasn’t taking it seriously, ipso facto, I’m not upset to lose. Happy to sit on the back bench.”

But just incidentally, ‘Kevin Twenty-One-Seven’ does have a bit of a ring to it.