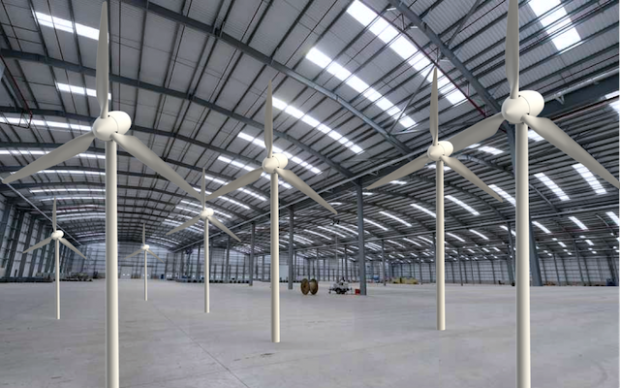 Prime Minister Tony Abbott has tabled a plan that he hopes will placate supporters of wind turbines, while removing the ugly, noisy devices from view.

The ambitious strategy will see the turbines removed from roadsides and windfarms, and placed inside unused storage sheds in regional Australia. Some new sheds may also be built if enough existing space cannot by found.

Mr Abbott said it was a sensible plan that demonstrated the Government’s ongoing commitment to renewable energy, while ensuring Australians did not have to look at anything ugly. “When you look across the globe, no one else is putting wind turbines inside sheds. This is an innovative, workable solution, and once again Australia is leading the world”.

A Liberal party insider said it was an example of a more consultative, balanced Abbott who was willing to compromise to get things done. “He’s really listening. He really understands the planet’s energy issues, and he’s willing to do something about it”.