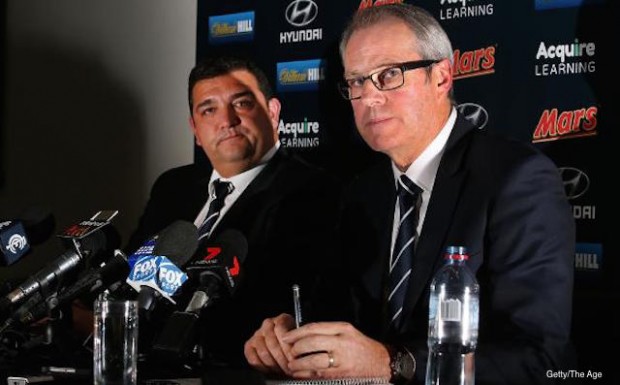 Carlton President Mark LoGiudice said the move was in line with previous assurances that the search for a new coach would be thorough and diligent, “we’ve been thinking about this for most of the morning,” he confirmed.

LoGiudice said Blatter had a mix of experience and expertise that the troubled club could benefit from. “In our initial conversations Sepp says he has a plan to get our footy club onto the Premiership dais this year. Actually he was very, very confident about that”.

It is unclear how much Carlton will pay the decorated administrator, but LoGiudice said he would fly to Zurich later this week to begin negotiations. “Sepp told me to bring an extra suitcase, which is a little strange. I guess he’s assuming I’ll be doing some shopping over there!”