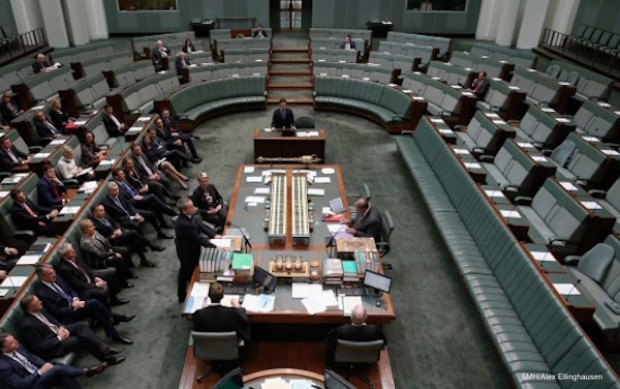 Almost all Coalition MPs chose not to attend the introduction of the same sex marriage bill today, after party officials warned  of the dangers of contracting homo.

Prime Minister Tony Abbott said it was a precautionary measure, but one that would ensure his team remained strong, manly and able to fight the Opposition at the next election.

“On a day like today, when there’s all sorts of gay floating around the chamber, it’s best to stay in your office, take some vitamin C, and concentrate on getting some real work done,” a leaked party memo said.

Five Coalition MPs either ignored or didn’t receive the advice, and attended the introduction of the bill. They were later taken to a safe area for testing.