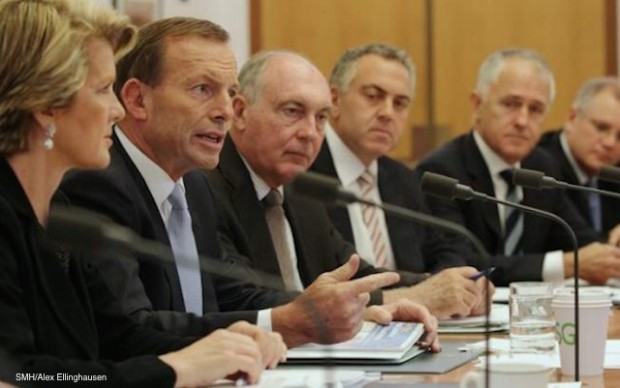 Treasurer Joe Hockey met with senior ministers today to start formulating the key 2015 budgetary measures that will be humiliatingly withdrawn early in the next financial year.

It is believed the group considered a wide range of budget options before settling on the ones that they will take to the people in May and systematically scrap in October.

“It’s a major undertaking. It’s important not to underestimate the work required to develop and then thoroughly dismantle an entire budget,” one insider said.

He said that all cabinet ministers were invited to put forward suggestions for each policy area, under the mantra ‘No idea is a bad idea, to start with’.

“These are some of the strongest temporary policy positions I’ve seen in quite some time,” the source said.

“Not everyone’s ideas made the final cut of course; that’s the nature of putting together such a significant document. But we all took solace in the fact that every one of our ideas will get a run for at least a day or so at some point over the next 12 months”.