CLOSE
The Nation
Travelling To Australia Is A Bit Treacherous, Says Movie Targeted At People Living In War Zones 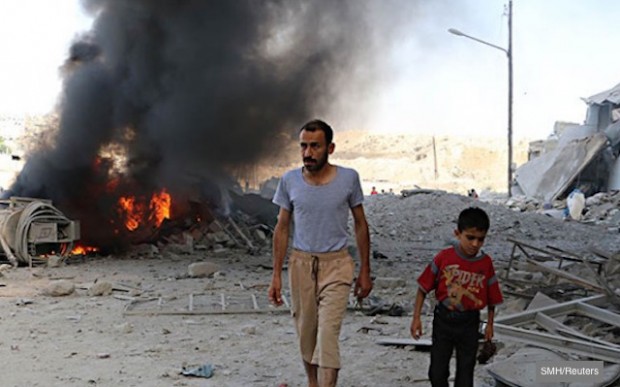 A multi-million dollar movie funded by the Australian Government will point out to people facing imminent attack from the Taliban and terrorist groups that a trip to Australia could be dangerous.

“What we want to say to people in countries like Syria, Afghanistan, and Iran – while they’re dodging bullets, hiding from extremists groups, and watching our 60 minute telemovie – is, ‘think carefully about the hazards of a trip to Australia’,” a spokesperson for the Government said.

“It’s much safer to be dead in your own country than to face the prospect of death coming to ours”.

The film, commissioned by the Customs and Border Security Agency, will cost $6 million to make, and is likely to feature stories of asylum seekers who have attempted the perilous journey.

“The telemovie will realistically portray the journeys of people to Australia, to show just how dangerous it is,” a spokesperson for the film’s Middle Eastern distribution company shouted over heavy shellfire and loud explosions. “We think this is going to be a ratings winner”.

He encouraged would-be asylum seekers to ‘put time in the diary’ to watch the movie, but warned that it would contain scary scenes, threat, and some violence. “Maybe organise a play-date for your kids that night”.

The telemovie will be screened in secret safe-houses later this year.