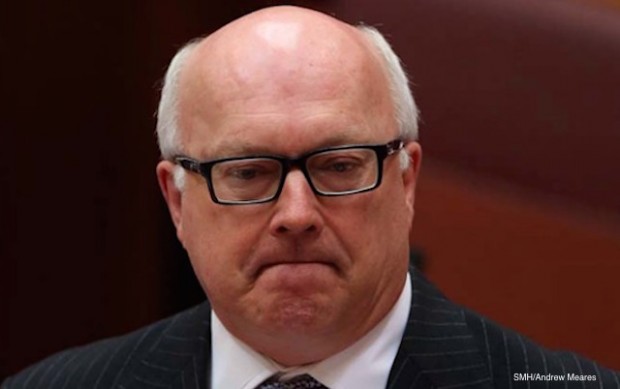 Wearing a nervous smile and trying to conceal the sweat building under his glasses, Attorney General George Brandis was today privately wondering how the hell he was going to implement a metadata law he knew nothing about.

Sources say they heard a desperate Mr Brandis calling Kennards Storage this morning to enquire about possible solutions for warehousing Australia’s metadata. “He knows there is going to be a lot of data, but he’s a bit worried about where it’s all going to fit,” one source explained.

“He also wishes he had taken better notes when Malcolm Turnbull explained metadata to him a few months ago. All he’s got is a sketch of a computer and a note saying ‘find out more about what internet(?) is’. He’s fairly stressed about the whole thing”.

Senator Brandis says he will happily release his own metadata to the public, as soon as he works out what the hell it is.

It comes following a grassroots campaign that urged Australians to CC Mr Brandis on every one of their emails. “Um, I’m not sure he got around to reading those,” an insider said.

Mr Brandis did not return our faxes.