CLOSE
The Nation
At 9am This Morning Christopher Pyne Started Singing ‘I Know A Song That Will Get On Your Nerves’. He Won’t Stop Until His Education Reforms Are Passed 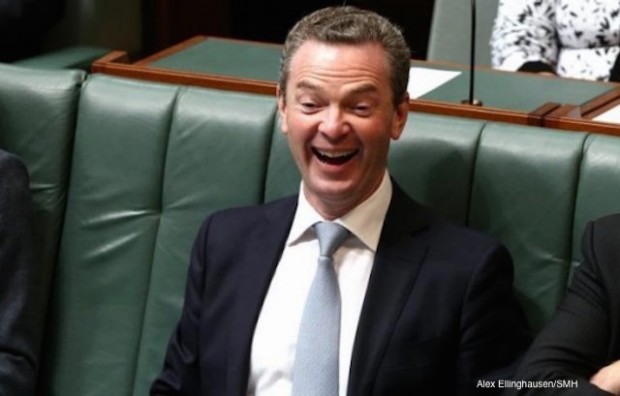 In what may well be his most sophisticated negotiation tactic yet, Education Minister Christopher Pyne this morning staged a lock-in at Parliament house, threatening to sing this song until his University reform bill passes the Senate.

It follows last week’s failed tactic of answering every question with “I know you are, I said you are, but what am I?”

Prime Minister Tony Abbott the Minister’s strategy had his full support. “Being massively annoying and effectively wearing people down until they agree with him is Christopher’s strong suit. Why do you think I made him a senior Minister?”