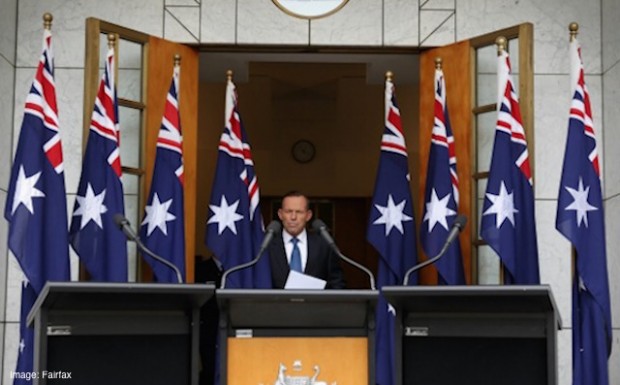 Australia’s flags came out in a show of support for embattled Prime Minister Tony Abbott today.

Eight of Mr Abbott’s closest flags stood behind him during a speech on Australia’s involvement in the Middle East, in a direct challenge to those who claim the PM has no support.

Deputy Liberal leader Julie Bishop said she believed the flags when they said they supported the Prime Minister. “Let’s just say I am not running a flag poll”.

The flags refused to be drawn on leadership speculation.