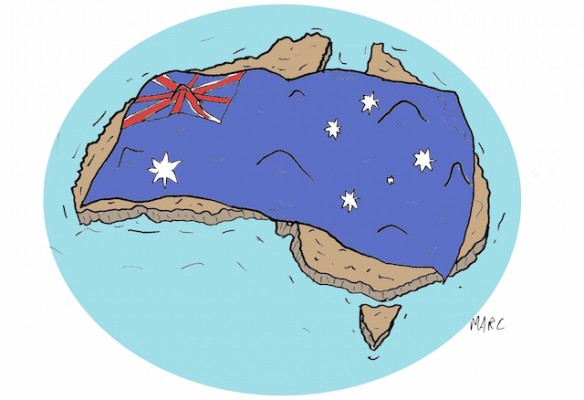 “If Immigration and Border Protection face a choice to let in or keep out people with security concerns, we should choose to keep them out. And the best way to keep them out is with a large, tightly stretched Australian flag extending from Perth to Cairns, Darwin to Hobart,” Mr Abbott said.

“If we can stop hate preachers from grooming gullible young people for terrorism, we should. With flags.” 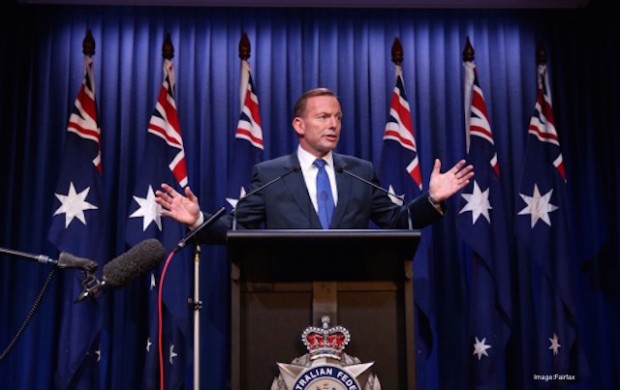 The Prime Minister – who said there would always be more flags under a Coalition Government – said Australians would come to love the new covering for their nation. “There’s nothing more Australian than looking up at the sky at night and seeing the Southern Cross. Now you’ll be able to do that during the day as well,” he said.

He said we were about to witness a new Dark Age. “It will get a little dark. Unfortunately the predominantly blue design of our nation’s flag is not all that conducive to letting in light”.

The oversized flag will actually be made from a combination of thousands of smaller flags, sewn together into one large piece, in what could create thousands of new jobs.

The Prime Minister responded to concerns that the flag could negatively affect all Australians, not just those seeking to do harm. “There are good people and there are bad people. The good people will like this flag; the bad people won’t”.