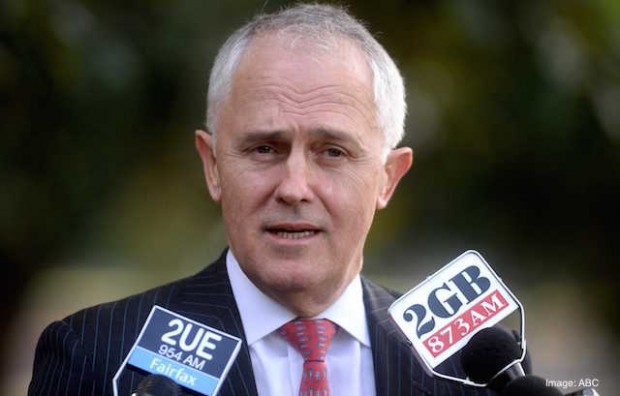 Communications Minister Malcolm Turnbull says he stands ‘right behind’ the Prime Minister’s strategy to make a total tit of himself.

“As long as Tony Abbott is being weird, he has my total support,” Mr Turnbull said today.

He said it was important to focus on the business of Government, rather than talk about hypotheticals. “Let’s not speculate about the future. Let’s instead focus in quite some detail on the strange things Tony Abbott is doing right now,” he said.

Mr Turnbull would not be drawn about a potential challenge for the leadership.

“As I’ve said before, I have no desire to undermine Tony Abbott – he’s doing a fine job of that himself. What I can rule out is doing anything that will in any way remove focus from the Prime Minister in his efforts to look ridiculous”.