CLOSE
The Nation
A Week From Hell: The Tony Abbott Diaries 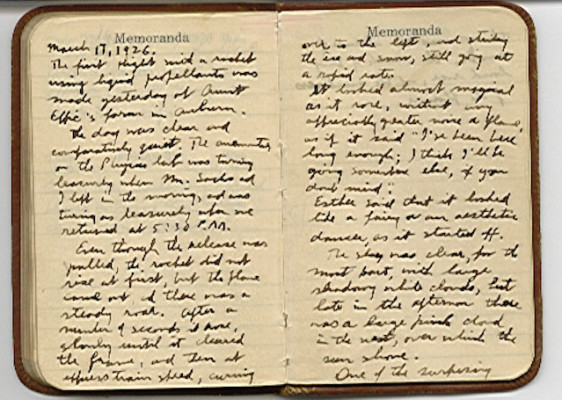 It was a ragged week for the Prime Minister. We were lucky enough to get a peek at his diaries.

7:15am Wake with a spring in my step. It’s been a tough few months, but if there’s any day to turn things around it’s Australia Day.

As I told Margie last night, the national holiday is a bit of free kick for a sitting PM. Set up a photo op at an Aussie BBQ in front of an Australian flag, say a few patriotic things about how lucky we are to live in this great country blah blah blah, give a knighthood to a popular Aussie/Greek/English Prince. All a bit of set piece really.

Looking forward to Peta’s praise of my captain’s pick.

2:00pm Peta calls to say she’s ‘a little surprised’ and ‘quite concerned’ about the knighthood thing. They’re not the exact words she used, but that was the gist of it. Make note to send flowers to Peta later.

8:00am Turns out there’s been quite a strong reaction to the knighthood decision. I can kind of see where people are coming from – Angus Houston isn’t all that well known in the community. But I think the public will warm to him.

No word from Buck Palace yet on whether I can be there for the knighting of His Royal Highness.

2:00pm Julie texts to say she may need to extend her o/s trip by a few days. ‘All under control here Vice Captain!’ I text back.

3:00pm Malcolm texts to say he may be caught up in the US for a bit longer than expected, and that he has no plans to challenge. ‘Didn’t get the challenge reference, but take your time over there’ I say.

3:30pm Christopher Pyne prank calls me, pretending to be Kevin Rudd. I fall for it every time. Funny guy.

7:40am “The adults are in charge now,” I remind Joe Hockey on the phone. Says he’s starting to get concerned about this new age of titlement or something.

“Record of Achievement,” we say together.

11:30am Peta’s copping a lot of criticism today. All just blatant sexism of course.

Peta says not to worry, she’ll iron it all out. I ask if she can iron a few of my shirts while she’s at it! I’m not sure if she got the joke though.

2:00pm Hold press conference promising to be more consultative and to listen to a broad range of suggestions/ideas.

2:25pm Ask intern to start following Rupert on Twitter and to send me any interesting ideas/suggestions.

7:30am Margie walks in on me pretending to get knighted by the Queen. A little awkward. Luckily the Queen didn’t seem to mind.

I always forget that. I lock the door so I can finish the ceremony in private.

7:00am Margie walks in just as I’m finishing up my knighthood acceptance speech. “Someone’s left a massive mess that needs to be cleaned up!” she says.

“That’s what I’ve been trying to tell people all along,” I say. Then I realise she’s talking about the dishes from last night’s dinner.

7:30am Peta calls. Says things are getting very heated. “Plan of attack?” I say. There’s a pause, and then we both say “Sporting analogy!” at exactly the same time. That’s the kind of same-wavelength working relationship we have.

What I don’t say is that the reason why Malcolm bats at 11, and not 3, is because I’m the bloody captain and I set the bloody rules.

7:00am Queensland election today. I would’ve been there, if it wasn’t for my bike ride with Australian sporting legend Cadel Evans. That and the fact that Campbell Newman said he’d personally cut my balls off if I came within 500km of the Queensland border. Gotta love those Queenslanders and their quirky sense of humour!

“You weren’t watching the same game as me. 2-1 Australia,” I say, cleverly changing the topic, while reminding Australians that I love all sport.

8:30am Campbell Newman calls. Let it go to voicemail.

9:30am Peta calls; says that things are getting really bad and that our leadership is under threat. We brainstorm a few policy ideas to get people’s mind back on what’s important.

“Could we raise the terror threat level?” I suggest.

“Say Labor’s planning to cut the guts out of Medicare?”

“We’re planning to cut the guts out of Medicare”.

“Hmmm. Something negative about Bill Shorten?”

“No-one really knows who he is”

7pm: Relax in front of the TV. “How about a drink for the Minister For Women?” Margie suggests.