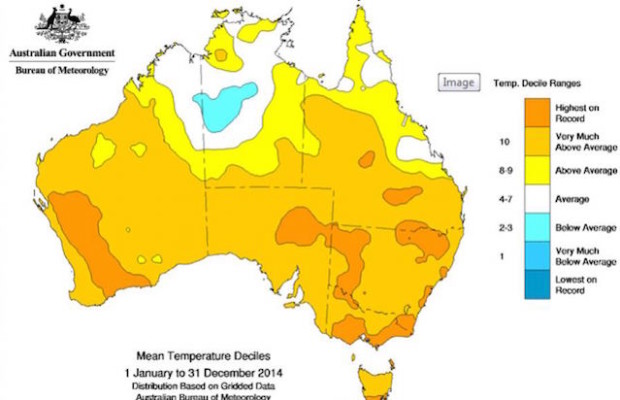 With 2014 confirmed as the hottest year globally, and the third hottest in Australia, the Government has taken a decisive step to prevent further increases – introducing a new bill which would make future temperature rises illegal.

A spokesperson for the Prime Minister’s office said the law, if passed, would lock temperatures in at 1996 levels.

“This is direct action, this is strong action, and we hope the Senate will do the right thing and pass this important bill,” she said.

“While others are happy to talk about temperature rises, we’re prepared to actually do something about it. This is taking back control of climate change,” she said.

The bill will be introduced when Parliament resumes next month.