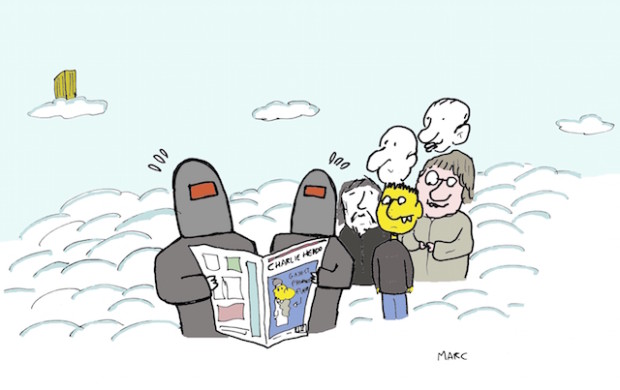 Three Islamic terrorists who had expected to be welcomed to the afterlife by 72 virgins and everlasting paradise, were instead greeted with a special edition of Charlie Hebdo, mocking them.

“We got a few days head start on them,” a spokesperson of the Charlie Hebdo group said from the afterlife.

It is believed the new magazine will be published every week until the end of time.

The terrorists were said to be furious. “This is not what we were promised at all. This is hell,” they were reported as saying, noting, “At least we managed to shut down satire in the living world”.