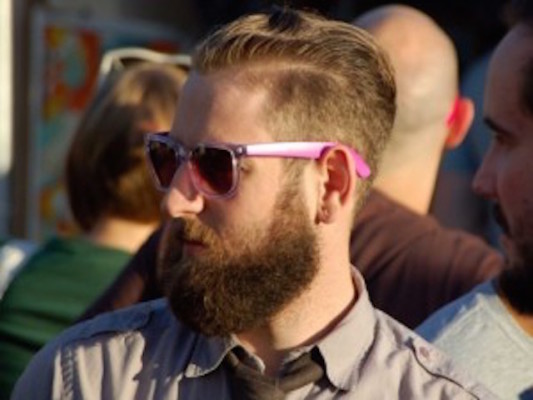 Taking the time to shave your facial hair is now even more ironic than letting it grow long, it has emerged.

In a statement written on a genuine 1958 Olivetti typewriter, prominent local hipster ‘Robert’ said not having a beard is the new having a beard. “I saw this old guy on the bus the other day without a beard and I thought, ‘That’s hilarious! That’s such a throwback to, like, 2009’ I’ve got to have one. Or, you know, not have one.

“So I removed my beard using a first-release 1980s Remington electric shaver I bought at a garage sale ages ago”.

He said the reaction has been predictably mixed. “My friends are like, ‘Oh my god! That’s so cool. You look like one of those guys back in the 90s who used to not wear a beard; I’ve seen photos of those guys’.

“But a lot of people just don’t get it – I’ve been getting a lot of funny looks. And I’m like ‘Really? You haven’t you seen a guy with a clean-shaven face before? Get over it, it’s fashion. Deal with it. You’ll be not wearing a beard soon!’”

It is now unclear whether other non-beard wearers, including world leaders like Barack Obama and Vladimir Putin, are leading-edge hipsters or just normal people.