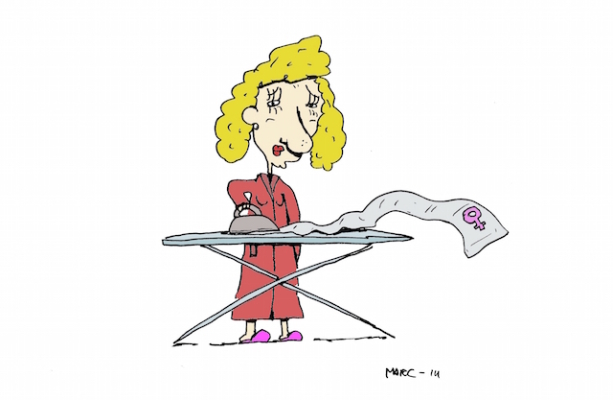 Prime Minister Tony Abbott has labelled the criticisms of Peta Credlin coming from within his Government as sexist, and asked Australia’s housewives to help him iron out the entrenched prejudice.

“What I’m asking the ladies of Australia to do, is to devote just a few minutes over the weekend – in between cooking the nightly meal and doing the dishes – to help me straighten these sexism problems out”.

Mr Abbott said he was furious with the colleagues who had criticised Peta Credlin. “I’ve asked the men and the woman in my cabinet to have a good hard look at themselves. I’ve suggested they take some time out over the next day or so, maybe while their wife is out getting the kids, to think about their attitude”.