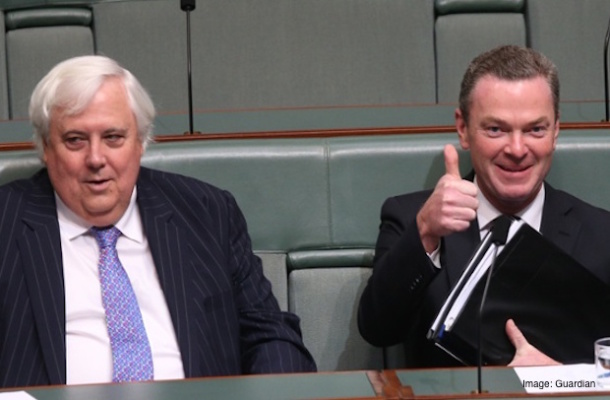 Education Minister Christopher Pyne will slip an entire jar of Metamucil into the Senate coffee urn this morning, in order to make sure his education reforms pass.

The crafty MP said he had been planning the move for quite some time. “When I said we might need to loosen some areas, this is what I meant”.

Pyne said he was justified in implementing the emergency measures. “We’ve been busting to get these measures through, but there’s been a lot of resistance – there hasn’t been a whiff of movement,” he said. “So we need to relax things”.

But Clive Palmer, whose party has a partial hold on the balance of power in the Senate, has apparently got wind of the move. He has warned against it. “This could get very messy,” a PUP spokesperson said today.

Another MP said she had seen enough of the Parliament’s shit already.