CLOSE
The Nation
Abbott Switches Government Off And On Again 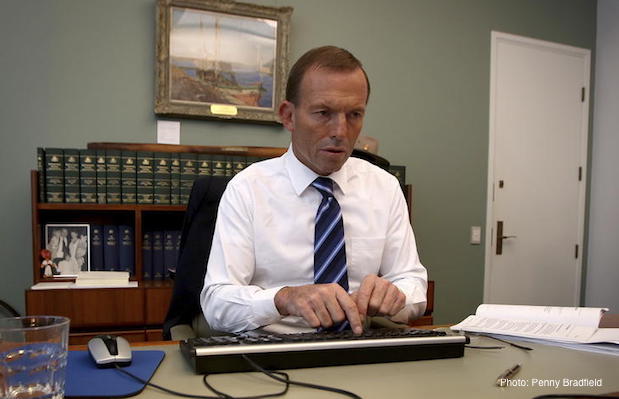 Prime Minister Tony Abbott has switched off the government at the wall, waited ten seconds, and then switched it on again, in a last-ditch attempt to try to get it working.

“We tried everything else,” the PM confirmed. “Holding down control-alt-delete, banging the keyboard over and over again, using the phrase ‘efficiency dividend’. But nothing worked unfortunately, so we’ve turned it off and on”.

He said he was just waiting for it to reboot now. “I’ve got a good feeling about this, I think this will work. Yep, there’s the start-up screen,” he said.

When asked about his pre-election commitments, as well as the Government’s budget initiatives, Mr Abbott said, “Ah, well unfortunately it looks like they’ve been wiped. We forgot to save them! So I don’t really know what you’re referring to there. Let me check … nup, that folder’s empty unfortunately. We’ll have to start again!”