CLOSE
The Nation
Abbott Denies Ever Appearing In 2013 Election Campaign 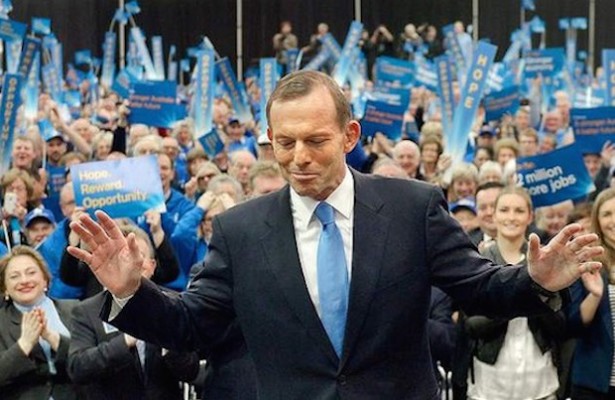 Tony Abbott did not take any part in the 2013 election campaign that led to him becoming Prime Minister, his office has confirmed.

A spokesperson for the Prime Minister said anyone who saw Mr Abbott during the campaign period had misinterpreted what they saw.

The spokesperson said it was quite common in the excitement of an election campaign for people to mis-see things.

When Mr Abbott was today shown footage of what appeared to be him on the campaign trail, he simply said, “I never did those things. Efficiency dividend”.