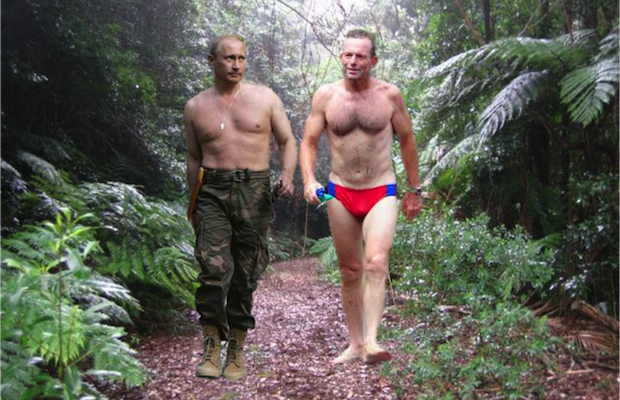 In what some have described as overly draconian measures, the organisers of this week’s G20 Summit in Brisbane have set a strict dress code, requiring male delegates to wear a shirt, trousers and shoes at all times.

As part of the standards, all horse riding, hunting and bear wrestling will also need to be completed outside of meeting hours.

Representatives from some delegations have expressed concern at the measures, and have asked for further clarification.

“When they say shirts must be worn, does that mean they need to be buttoned up too? Really?” a Russian spokesperson said. “And what about hunting knives and SCUBA gear – I assume there will be a place to leave them at reception, yes?”

Organisers said they had informed all guests of the dress requirements last week, to enable them time to pack appropriately for the summit.

Controversially, while arm wrestling competitions will be allowed during some post-meeting functions, they will not form part of formal proceedings as many had originally hoped. Many believe it is this ruling that may pose the most problems. “I’m not sure how we’re expected to come to a decision on the key agenda items now,” one delegate spokesperson said.

The summit begins on Saturday.