CLOSE
World
“From Now On You’ll Do As I Say” Abbott Tells Putin, In Hard-Hitting Imaginary Conversation 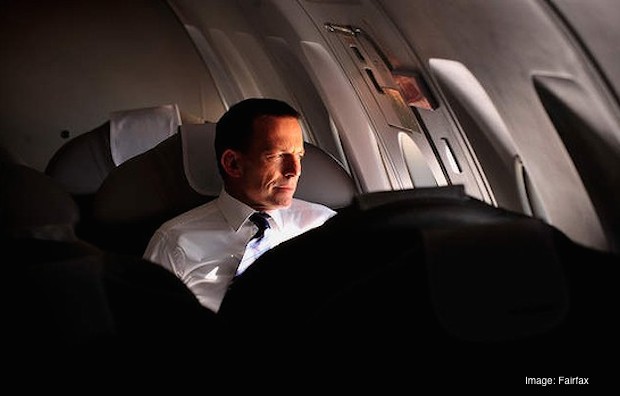 Getting right up close in his face and whispering “things are going to be on my terms now, sunshine”, Tony Abbott totally owned Russian President Vladimir Putin during a rigorous thirty minute daydream on the way to the APEC conference in Beijing.

At one point, the Australian Prime Minister casually rocked back on his chair, put his feet up on the table, and demanded Mr Putin polish his shoes. The Russian President obliged.

Towards the end of the meeting, Mr Abbott challenged his Russian counterpart to an arm wrestle, which Abbott won easily.

A staffer who heard about the daydream said Mr Abbott was in scintillating form. “It was totally humiliating for Putin – he couldn’t get out of there fast enough. But Tony made the meeting drag on and on, to really make his point. He was in total control. It was a flawless, statesman-like performance”.

Mr Abbott will meet with Mr Putin for a brief conversation in Beijing this weekend.