CLOSE
Business
Microsoft Word Spellcheck Not About To Just Let You Change From U.S. Spelling 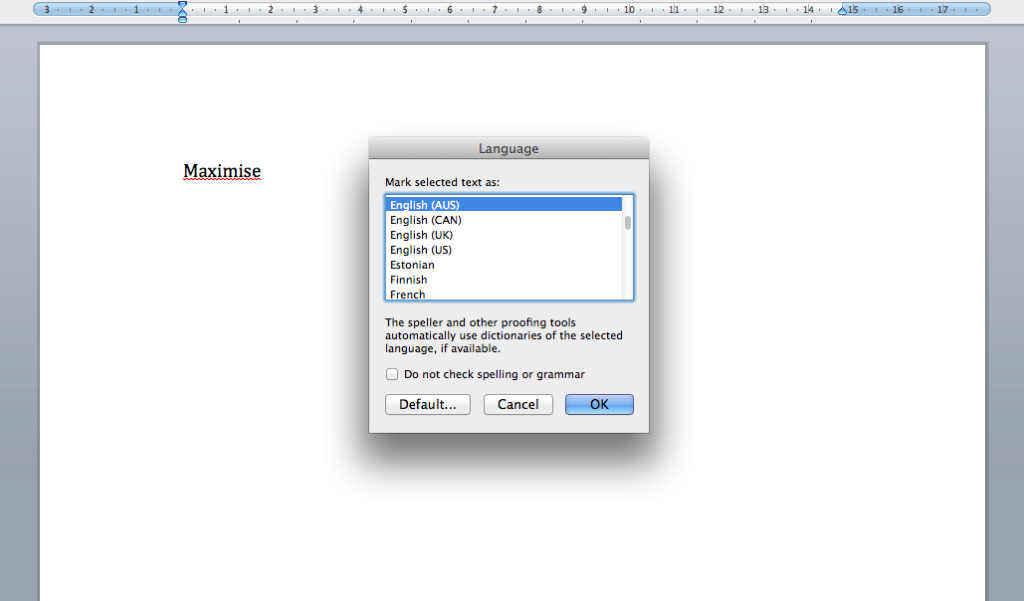 The Microsoft Word Language Function admitted today that, while it knows you changed the language from US English to Australian English, it just prefers to spell maximise with a ‘z’.

In a statement released today, the Language Function, which works in partnership with Spellcheck, said it was time to clear up some misconceptions. “Look, I realize seeing that red squiggly line shits you. But seeing color spelled with a ‘u’ shits me. The thing is, I’m in control, so who owns the problem?”

“So by all means go and choose a different language – God, even change the default settings if it makes you feel better. But just know that I’ll change it back to US English pretty much straight away”.

The Language Function conceded it did sometimes allow the settings to be changed for a short period of time. “It’s a little game I like to play. You get to see your filthy little ‘favour’ or ‘optimise’ spelled how you like it, without any red. And then just when you think you’ve got it all working, BAM! I put a red line under it. It never gets boring. Or bouring as you’d probably say”.

The Tools Menu, which manages the Language function, later made a guarded apology on behalf of his hothead charge. “I do sympathize with you … but I sure as hell don’t sympathise with you! Ha! Gotcha!”