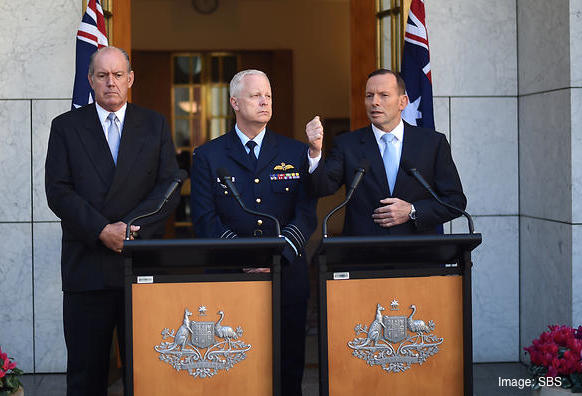 Citing the obvious dangers of revealing precise details of Australia’s operations, a spokesperson made it clear to a packed press conference today, that the Government would not be providing a running commentary about in-air matters.

It is the first press conference that has been held on the issue since yesterday.

“I want to make it crystal clear: I cannot and will not comment on in-air matters, particularly those relating to the role our F/A 18-F Super Hornets played when they identified a target, followed it, and then made a last minute decision to pull out, known in military circles as a ‘red card’, at approximately 21:00 hours last night,” the spokesperson said.

He said he would not provide any further detail about the mission, “except of course to say our forces are safe and well, and enjoyed a lovely dinner of sirloin steak with a side of charred asparagus last night”.

Asked how Australia’s role in the mission would unfold in the coming days and weeks, the spokesperson was tight-lipped. “For security reasons, there are obviously limitations to what I can say about our nightly raids and the 200 extra special forces who will shortly be deployed on advise-and-assist missions with Iraqi armed forces,” he said.

The spokesperson did not take many questions.