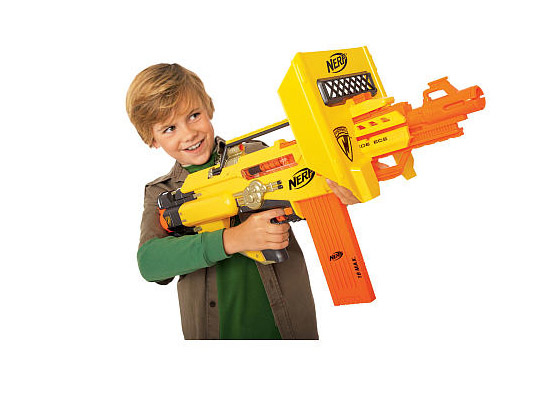 A large scale and well-planned attack in a suburban living room was shut down before it began today, after a raid by Australian Federal Police.

Dozens of weapons were seized – some automatic, others with battery powered lasers – as well as several magazines of brightly coloured bullets.

“This was to be a sophisticated attack, with sophisticated arsenal,” an AFP spokesperson said. “Some of the weapons we found had special glow-in-the-dark technology. Others were loaded with bullets that have the ability to stick to walls”.

It is believed the attack was designed in a nearby bedroom and was to be carried out in the living room, before moving into the kitchen. “We have intelligence to suggest it may have then moved into a study area where an innocent adult was sitting,” the spokesperson revealed.

The adult – who did not wish to be named – said she had witnessed, and survived, a similar attack before. “It all happened very quickly,” she said of the former attack. “There was a spray of bullets, a lot of shouting, and then they were gone. They didn’t even clean up afterwards,” she said.

The AFP have reminded Australians that it is important to remain alert, even though school holidays are now over.