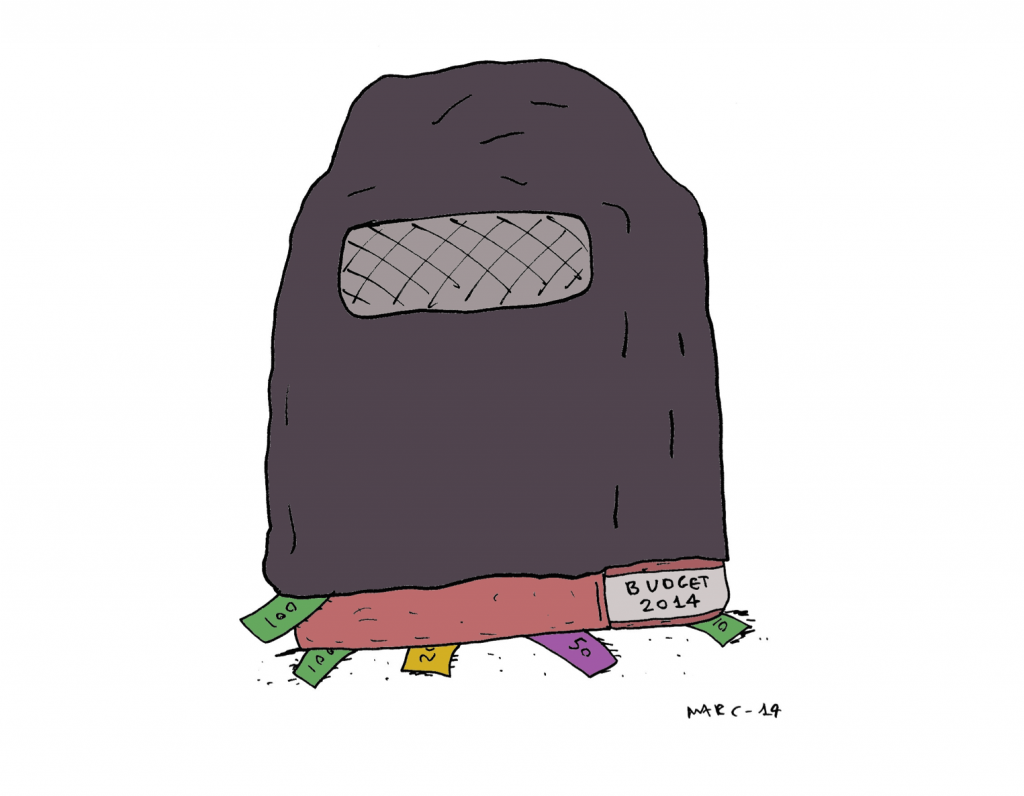 The GP co-payment, changes to welfare, and a range of other unpopular budget measures will be concealed beneath a fully-enclosed Islamic garment, specially fabricated by the Government, it was revealed today.

“All you will see from now on is a large, fairly terrifying Muslim woman,” a Government spokesperson explained. “Most people won’t even realise that underneath, it’s actually the 2014 Federal Budget”.

The spokesperson said the custom-made burqa had been manufactured from scratch. “We’ve had to blow this thing up well beyond normal proportions, to ensure everything fits. It’s actually quite confronting”.

He said it was an impressive feat of engineering. “What people will see is a religious garment. What they won’t see is a plan to hold back unemployment benefits for people under 30”.