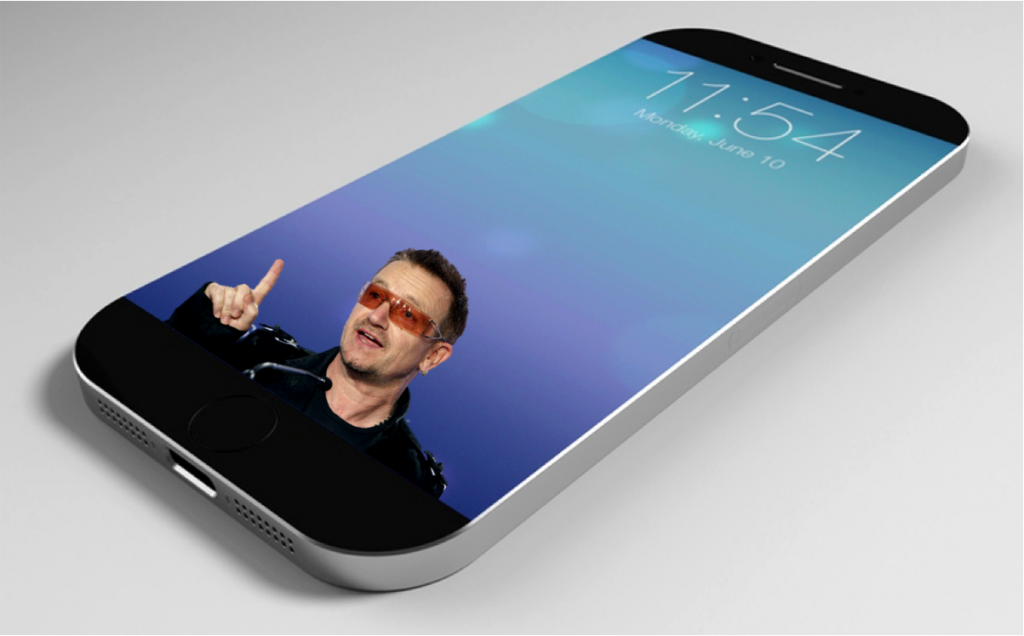 Users of Apple’s new iPhone were today surprised to find the well-known personal assistant, Siri, had been replaced by an aging, slightly annoying Irish man wearing a pair of orange sunglasses.

Apple this morning confirmed the added feature, which it had kept under wraps until now. “We’ve pre-inserted Bono into half a billion new iPhone devices, as a gift to Apple fans,” Apple CEO Tim Cook said today, explaining “It’s one of the reasons we had to go with a slightly bigger phone”.

The new feature has already caught many people by surprise. Sydney man Greg Blackwell said when he asked Siri for today’s temperature, he was shocked to hear a small, slightly smug voice that said, “We can’t fix all problems. But we must fix the ones we can”.

When he later asked for directions to a friend’s house he was told, “I’m just a guy from Dublin, trying to save the world”.

Sarah Adam-Jones from Adelaide said she thought her new phone was broken. “I asked for recommendations for a local bar, but instead I got a lecture about Africa”.