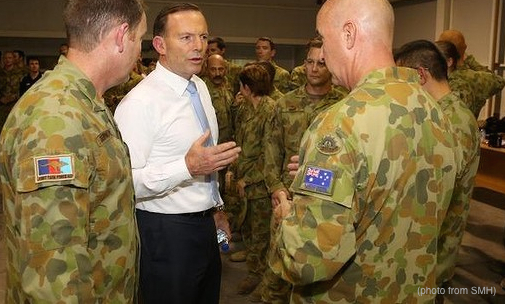 Concerns have been raised within Cabinet that local issues may be diverting attention from the more important matter of Australia’s role in Iraq.

“All this talk about the economy and budgets is nothing more than a thinly-veiled attempt to distract Australians from what’s happening in the Middle East,” a government spokesperson said.

“It’s as if they’re saying ‘look over here’, and hoping everyone will forget what’s happening right on Iraq’s doorstep. It’s quite cynical really”.

He said the government was determined to stay focused on issues taking place in the Middle East’s very own backyard, and would not be diverted by distractions on the other side of the world.