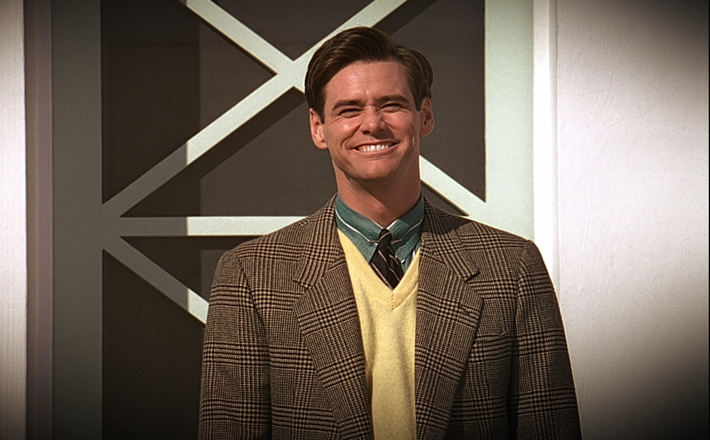 The much-anticipated sequel to Peter Weir’s seminal 1990s film The Truman Show will go into production early next year, it was revealed today.

The movie will follow the life of Truman Burbank (played again by Jim Carrey) as he discovers the astonishing truth that he is the only person not currently starring in a reality TV series.

A spokesperson for Paramount Pictures revealed small parts of the film’s storyline to reporters today. “Over a series of months, Truman has this inkling that he’s not being filmed, and we follow him as his suspicions slowly build,” he explained. “There’s this key moment in the film when the penny drops – he realises he’s not on a journey, he’s not living out his dream, he’s not being judged by millions of viewers all around the country. He’s actually stuck in an authentic, unscripted life”.

The film ends with Truman running away from the life he knows to line up and audition for the next season of X Factor.

Truman Show 2 is expected to hit cinemas late next year.