CLOSE
The Nation
Abbott Running Out Of Sporting Analogies 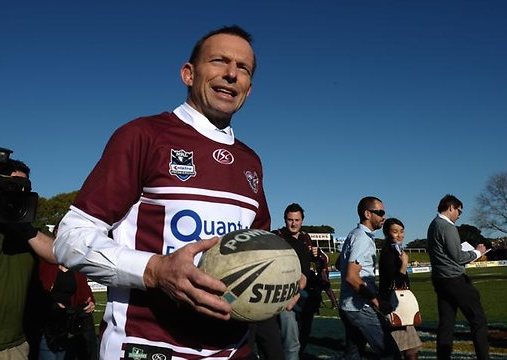 Australian Prime Minister Tony Abbott will be forced to describe his policies using comparisons to sports such as netball, hockey and even curling from as early as next year, if he continues to use mainstream sporting metaphors at the current rate.

The findings come after a string of sporting idioms relating to cricket, football and the Olympics were used to explain tricky political positions.

“Usually we see Governments ration sporting analogies carefully, so as to last a full term,” political analyst Tom Mason said today. “But what we’ve seen here is quite a reckless spending of metaphors in the first year of office. It’s not sustainable”.

Mr Mason said the PM would have no choice but to use sporting metaphors from lesser-known sports in the coming months. “Expect to hear phrases like ‘Mr Morrison is my goal attack in international waters’ or ‘The Labor Party has dumped the handle on this policy,’” he said, admitting even he didn’t know what the second example meant.

Mason said if the Coalition wins a second term, they may be forced to abandon sporting symbolism altogether and use grown-up language.