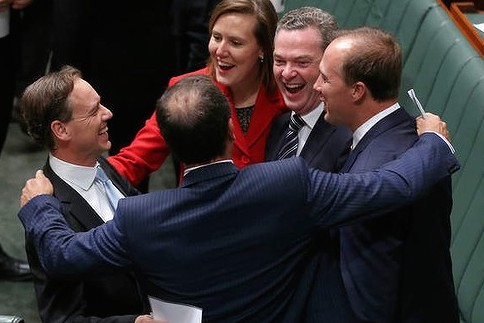 Forcing a smile and telling himself that this is what he always wanted, Environment Minister Greg Hunt was this morning still trying to shut out a little voice in his head reminding himself that, deep down, he believes in a price on carbon.

Repeating the mantra “No more great big taxes” under his breath over and over again, Mr Hunt managed at times to divert his own attention. But he couldn’t entirely switch of the nagging recollection that he once wrote an honours thesis entitled “A Tax To Make The Polluter Pay”.

Sources say Mr Hunt spent many hours in a hot shower last night, trying to wash away the damage to his self respect, at times shouting statements like “Direct Action works!” and “I’ve made a valuable contribution to Australia!”